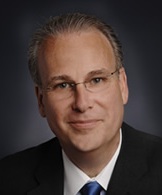 IPA President-Elect, Dr. William Reichman has been named Co-Chair of the new Ministerial Advisory Board on Dementia created by the Canadian government. The new Advisory Board will represent not only those involved in dementia care, advocacy and research, but also those living with dementia and their caregivers. Dr. Reichman will serve as Co-Chair along with the Chief Executive Officer of the Alzheimer Society of Canada, Pauline Tardif.

According to Dr. Reichman, "This strategy presents an opportunity to integrate the shared perspectives of all stakeholders impacted by dementia, and to build on the innovation assets we have across the country. The federal government's commitment to developing a national dementia strategy is a great step forward for all Canadians today, for generations to come."

In addition to his new role as Co-Chair on the Advisory Board, Dr. Reichman was elected as IPA President-Elect and a member of the Executive Board of Directors in 2017. He is an internationally-known expert in geriatric mental health and dementia care, and serves as President and Chief Executive Officer of Baycrest, one of the world’s premier academic health sciences centers focused on aging, seniors care and brain function. Dr. Reichman is also Professor of Psychiatry on the Faculty of Medicine at the University of Toronto.

The Ministerial Advisory Board on Dementia is part of Canada's National Dementia Strategy.