The International Psychogeriatric Association (IPA) is the leading global interdisciplinary voice advancing the mental health of older adults.  Across nations, our members are collectively committed to advocating for the well-being of all who we have dedicated our careers to serve. As a result, we are obligated to publically comment on the recent decision of the United States’ Federal Drug and Administration’s (FDA’s) accelerated approval of Biogen’s aducanumab for the treatment of Alzheimer’s disease, an affliction we all are most determined to defeat.  In this statement, we will not engage in a debate on the putative merits or risks of this drug as it may or may not significantly benefit our patients. There are already very public clinical, scientific, and public advocacy commentaries available on this issue. Instead, we are mindful that knowledgeable pundits may disagree on the conclusions of cost-benefit analyses of whether this represents a scientific advance in the public health of seniors or not and that several dementia advocacy groups have applauded aducanumab’s accelerated approval.

IPA wishes to focus our views on this issue, less on the clinical implications and science, and more on related, but critical societal policy issues. What we wish to emphasize is the following: the U.S. FDA’s approval decision rested on people having access to PET technology that measures the brain load of amyloid in order to establish the presence of this biomarker for Alzheimer’s disease. Today, amyloid imaging technology is inaccessible to the vast majority of the world’s older adults who are at risk for dementia.

In addition, the therapeutic application of this agent relies on repeated MRI brain imaging to monitor for the occurrence of the seemingly most significant adverse effect of the monoclonal antibodies designed to remove amyloid, such as aducanumab: ARIA. Another concern we have is the stated cost of aducanumab by the drug’s maker, Biogen; these considerations could be a substantial barrier to access for the majority of the world’s older persons and especially, if the cost is not covered by public or private healthcare payers.

Fundamentally, it is IPA’s view that more data must be acquired in a timely fashion to confirm that aducanumab confers clinically significant benefit and is safe. Clinicians should have ready access to the most accurate information to guide thoughtful therapeutic decision making with their patients. This is especially important given some of the uncertainties surrounding the appropriate use, effectiveness and safety of aducanumab. Vitally, all older adults must have choice and equitable access to any effective therapy.

As a field, we will continue to encourage investment in the development of new and more impactful approaches and therapies to prevent and treat dementias such as Alzheimer’s disease. We all can remain hopeful that while aducanumab is arguably much less than a panacea, our field’s emerging discoveries give hope to the millions of persons worldwide at risk for, or living with dementia that we will ultimately defeat this grave threat to the mental and overall well-being of older adults. 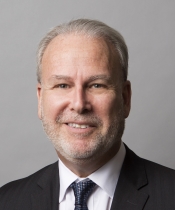