Home  »  News and Issues  »  Management of agitation in dementia: Good practice or malpractice?

Management of agitation in dementia: Good practice or malpractice?

Agitation is one of the most distressing behavioral and psychological symptoms of dementia (BPSD), leading to disability, long-term care placement and poor quality of life among both patients and caregivers (Okura et al. 2011). The International Psychogeriatric Association recently developed a provisional definition for agitation in cognitive disorders, which is currently being used in clinical research; it is presented in table 1 (Cummings et al. 2015).

Management of agitation is challenging in the absence of Food and Drug Administration (FDA)-approved pharmacological options. The first-line approach is non-pharmacological and involves caregiver education and environmental adaptations (Kales et al. BMJ 2015). A systematic review of randomized controlled trials focused on non-pharmacological strategies for agitation in older adults with Alzheimer’s disease, which showed that music therapy, notably individualized and interactive music may be an optimal intervention for moderate to severe agitation. Other strategies include aromatherapy, bright light therapy, therapeutic touch, etc. (Millán-Calenti et al. 2016). When non-pharmacological approaches are insufficient, judicious use of pharmacological treatment is recommended. Unfortunately, psychotropics used off-label have limited efficacy and some safety concerns in older adults with dementia, raising liability concerns among physicians.

A fine balance between efficacy and safety

Antidepressants have been investigated for agitation in Alzheimer’s disease: The Citalopram for Agitation in Alzheimer Disease (CitAD) study found citalopram reduced agitation in this population, even with no comorbid depression. It was however associated with worsening of cognition and a prolonged QTc interval, at the 30 mg daily dose used in the trial, which is greater than the 20 mg maximum dose approved by the FDA in older adults (Porsteinsson et al. 2014). Trazodone is a calming antidepressant used at doses of 50-300 mg for mild agitation and irritability (López-Pousa et al. 2008). It is considered a safe strategy (with some risk of dizziness and orthostatic hypotension), but efficacy was not demonstrated however in moderate to severe agitation (Martinon-Torres et al. 2004).

Antipsychotics such as risperidone and olanzapine are prescribed for severe agitation, especially in cases with underlying psychosis. Both risperidone and olanzapine were shown to be superior to quetiapine or placebo in the treatment of agitation and psychosis in Alzheimer’s disease (Sultzer et al. 2008). Adverse events include extra-pyramidal symptoms, abnormal gait, worsening cognition, increased risk of cerebrovascular events and mortality (Schneider et al. 2006).  All antipsychotics carry an FDA black-box warning regarding increased risk of death in older adults with dementia (Yan, 2008). Given their liability, the American Psychiatric Association (APA) recommends assessing their benefits versus risks on a case-by-case basis. The APA also advises discontinuing the drug in the absence of a clinically significant response after a 4-week trial. If a patient responded to an antipsychotic, the physician should always attempt to taper the dose and withdraw the drug within 4 months of initiation, unless the patient experienced recurrence of symptoms with prior attempts at tapering (Reus et al. 2016). In all case scenarios, documentation in the patient’s record is a required.

There is less evidence on the efficacy of antiepileptics for agitation: when carbamazepine is used, physicians should be vigilant to the potential for drug-drug interaction as it is an inducer of the hepatic CYP3A4 (Olin et al. 2001). Divalproex is associated with an increased rate of adverse events such as somnolence, nausea, vomiting, and thrombocytopenia in frail older adults with dementia (Baillon et al. 2018). Anxiolytics such as lorazepam are being used on an as needed basis due to their limited efficacy for agitation; they are associated with increased risk of falls and confusion (Defrancesco et al. 2015).

What about the benefits and risks of physical restraints?

Physical restraint can be defined as any device, material or equipment attached to or near a person’s body, which cannot be controlled or removed by the person,  and which deliberately prevents or is deliberately intended to prevent a person’s free body movement. Examples include vests, straps/belts, limb ties, wheelchair bars / brakes, chairs that tip backwards, tightly tucked sheets, and bedside rails. The reported use of physical restraints in nursing homes varies from 4% to 85%, and the risks include bruises, decubitus ulcers, respiratory complications, urinary incontinence, constipation, malnutrition, increasing dependence for activities of daily living, impaired muscle strength and balance, cardiovascular deconditioning, increased agitation, or increased risk of mortality due to strangulation or head trauma related to attempts at escape (Gastmans et al. 2006).

Physical restraint should only be used as a last resort, after considering all possible alternatives, and the prescription needs to be for the shortest period of time, using the least restrictive material, with careful supervision by staff. The patient’s preference should always be considered, and the decision should involve patient and caregivers early in the process. In these cases, clear documentation of careful decision-making is necessary in the patient’s record (Scheepmans et al. 2020).

How to Reduce the Risk of Malpractice Liability? 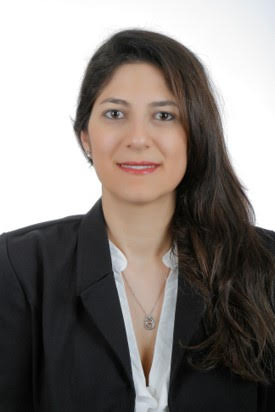