Elder abuse is often a silent issue in clinical settings. However, it is a global concern, affecting millions of older people worldwide, and a focus of increasing international concern. Elder abuse is a pervasive and growing problem, urgently requiring the attention of geriatric psychiatrists, hospitals, health care systems, social services, lawmakers, and communities. Elder abuse is a problem that is larger than previously thought, and without geographic boundaries. Elder abuse is becoming more widely recognized as a prevalent, identifiable and costly problem with the increasing number of aging adults in the world.

As psychiatrists caring for older adults, we have all had patients who are victims of elder abuse, though we may not be aware of it. Many older adults are ashamed of their experiences and hide the facts of their abuse from their physicians and mental health professionals. Clinicians should keep in mind the possibility of abuse, even if a vulnerable patient denies it. Perpetrators of elder abuse are often someone the elder knows and trusts.

Geriatric psychiatrists play a crucial role in the assessment of an elder’s mental functioning and in evaluating the effects of elder abuse. Do we know what these patients need from us? In addition to practical considerations, we must consider complex ethical and legal issues. This article provides an overview of elder abuse and some practical tips for clinicians on how to evaluate suspected elder abuse.

What is elder abuse?

Common elements in formal definitions of elder abuse include:

There are several sub-types of elder abuse:

Elder abuse situations rarely come to the attention of authorities, and the scope of elder abuse has been a subject of interest and speculation for decades. Very few studies have used professional surveys or official data to examine the incidence, prevalence, or mortality-rates associated with elder abuse. Some studies suggest there may be patterns of more verbal mistreatment for women and those with physical disabilities, and more financial abuse for those without a spouse or intimate partner. In general, spouses or intimate partners appear to be more likely than adult children to perpetrate most forms of elder abuse.

Concern about elder abuse may arise at home, in nursing homes, or other residential settings. Elements of abuse may become evident in the course of the clinical evaluation. There may have been recent changes or decline in functioning flagging the clinician’s attention.

Multiple screening instruments are available to assess elder abuse, but none are in widespread use in geriatric psychiatry settings.

Medical and psychiatric care is fundamental in the identification and management of elder abuse situations. The first step in evaluating elder abuse is to conduct a comprehensive geriatric psychiatric assessment, including a mental status examination with screening for mood and psychotic disorders.

The degree of cognitive impairment may be assessed using a standard brief rating scale such as the Montreal Cognitive Assessment (MoCA), the Mini-Mental State Examination (MMSE), or a clock drawing test. Executive function should be evaluated since this is the major cognitive domain associated with decision making.

Collateral information should be obtained from caregivers and concerned parties, maintaining an open mind to the possibility of abuse even with familiar patients and caregivers. The psychiatrist may need additional knowledge of key facts from outside sources to reliably assess an older person’s memory.

Careful physical examination is recommended, with an eye to possible injuries, bearing in mind that many older people are prone to falls or bedsores and they may have fractures or other injuries for reasons other than abuse. Geriatric psychiatrists suspecting elder abuse should arrange for the victim to be physically examined by an appropriate specialist. Clinicians should be alert to any inappropriate use of drugs, restraint, or punishment.

The clinical interview provides an opportunity to the geriatric psychiatrist to gain greater knowledge of the victim’s situation. However, it may not be helpful to directly question an older adult about abuse.  Some patients may be ashamed and reluctant to admit they have been abused, while other abused elders may not conceive of themselves as victims, believing they are dependent and need the abuser to take care of their affairs.

Language and cultural barriers can be a major obstacle to identifying elder abuse, and elders from ethnic, sexual, or religious minorities may be particularly vulnerable. They may need to be interviewed using a translator or other mediator. Family members, especially the patient’s children, should not be used as translators, since these individuals may themselves be the perpetrators, and because using an elder’s children as translators can convey disrespect. Professional translators or a phone translation service should be used whenever possible.

In cases of elder abuse and suspected elder abuse, there are complex ethical and legal issues that must be considered:

Clinicians should consider seeking professional legal advice from attorneys or from their malpractice carrier if questions arise about how to manage legal and ethical aspects of elder abuse situations.

Thorough documentation is very important in elder abuse situations. The medical record may later comprise critical evidence in legal proceedings about the documented abuse. Clinicians should record their observations carefully and thoroughly, including mental status examination findings, cognitive findings, quotations from the older victim, photographs (in the case of physical abuse findings), and clarifying sources of collateral information.

Global jurisdictions vary widely in their requirements to report elder abuse. Reporting is often done on a confidential basis. Clinicians should learn the requirements applicable where they work. Nursing homes and other institutions may have special reporting requirements and procedures.

The world’s rapidly growing elderly population comprises diverse racial, ethnic, gender, and sexual minority populations in each region and globally. Elder abuse can be expected to increase in the coming years due to demographic trends and other social changes. Despite the alarming prevalence of elder abuse and its serious health consequences, there is a current lack of scientifically rigorous

intervention research on elder abuse. Much remains to be learned about how to prevent elder abuse and how to intervene effectively.

As all of us age, we strive to maintain our dignity and independence. We seek a good, long life free from harm and abuse. Careful elder abuse evaluations are needed to help shine a light on the issues surrounding elder abuse and to serve our vulnerable elderly population. Geriatric psychiatrists play an important role in the identification of and protection against elder abuse. 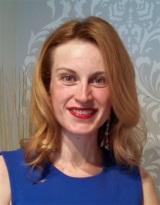