The Galician Network for Dementia Research (REGIDEM) is a collaborative and multidisciplinary research effort on a subject with immense clinical and social importance – dementia – and includes actors from the basic, clinical, and social research fields. REGIDEM aspires to be the first network dedicated to dementia, combining all sectors, from research groups to family members to the private sector.

REGIDEM has its origin in the Working Group on Dementias sponsored by the Alzheimer Galicia Federation (FAGAL). This group was formed in 2014 and is composed of professionals from the social, health, and research sectors of dementia with a common goal of promoting knowledge and improving life quality for people suffering from dementia. The primary objectives are socio-health assistance, research, social awareness, and prevention.

Since its inception, the Dementia Working Group’s priority has been to strengthen the Galician network of research on dementias, by understanding the social relevance of knowledge generation and recognizing the opportunity for collaborative research in this area.

Galicia is currently facing a major demographic crisis, the younger population is decreasing and the older population is increasing. Additionally, the dynamics of the European population overall is aging rapidly, for example the average age in Germany is 45.8 years, in Italy its 45.2, in Portugal its 44, and in Spain its 43.2. According to recent official data from the Galician Institute of Statistics (IGE), Galicia has an average age of 47 years, only 20% of our population is under 25 years old, and 45% of the population is older than age 50 [1-2].

If we focus on the case of dementias, one of the problems we face in Galicia is the number of people suffering from some type of dementia. Thus, FAGAL estimates that around 70,000 people suffer from dementia in our region, this index is based on the premise that dementias affect 12.5% ​​of people over 65 and 31.25% of those who are older than 85. On the other hand, a report from the World Health Organization places dementia as the third cause of moderate or severe disability in people over age 60 in developed countries, which means that in Galicia we have a first order health and social problem [1-4].

One of the responsibilities we assumed from this working group was to create a network of dementia research in Galicia, starting from the needs of the social field, to create projects and lines of research that may impact this field.

The original network was composed of eight research groups, from both the academic and medical fields (Health Research Institutes). However, during the first year of activity, two additional groups joined the network. The current groups are the following:

In addition to these groups, research groups and relevant external entities have been selected and invited to contribute to research on dementias in the area of ​​Galicia. Thus, the following associations participate in the network as external collaborators in the social field:

The following activities have been developed from this network, including activities for scientific dissemination of dementias, lectures, scientific conferences between associations and research centres, or a novel and attractive program such as the workshops, called “DIVULGAMENTE”, an educational workshop in the frame of the Alzheimer's Umbrella Network Program. This project of intergenerational awareness, promoted by the Barrié Foundation, the Alzheimer Galicia Federation and the REGIDEM network itself was held this year in the cities of A Coruña, Lugo and Ourense. This workshop aimed to show, in a close and dynamic way, what dementias are, how they affect the brain, and the different existing dementias, bringing the reality of this disease in Galicia closer to the younger ones.

Other scientific proposals being developed are the following lines of research:

There are many research networks in dementia within the scientific framework, where the great infrastructures and different research groups come together, however, ours was novel, building it from the other point of view, the patients and their families. Thus, REGIDEM may be the first research network in dementia where associations, families and their patients are involved in this structure so new scientific projects can be developed that can provide quick answers. That is, we must not forget the great and innovative research projects, where excellence and long-term results are sought, such as the development of biomarkers for early diagnosis, the development of new therapies based on technology or the development of non-pharmacological therapies, as well as the development of clinical trials and collaboration with the pharmaceutical industry.

The final goal is the same and common for all researchers, professors, clinicians, therapists, patients and their families, to seek to know this disease so that one day the necessary drugs will be developed to treat these patients. 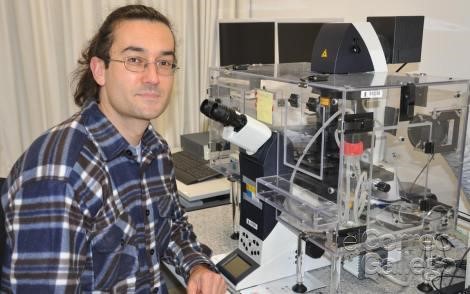