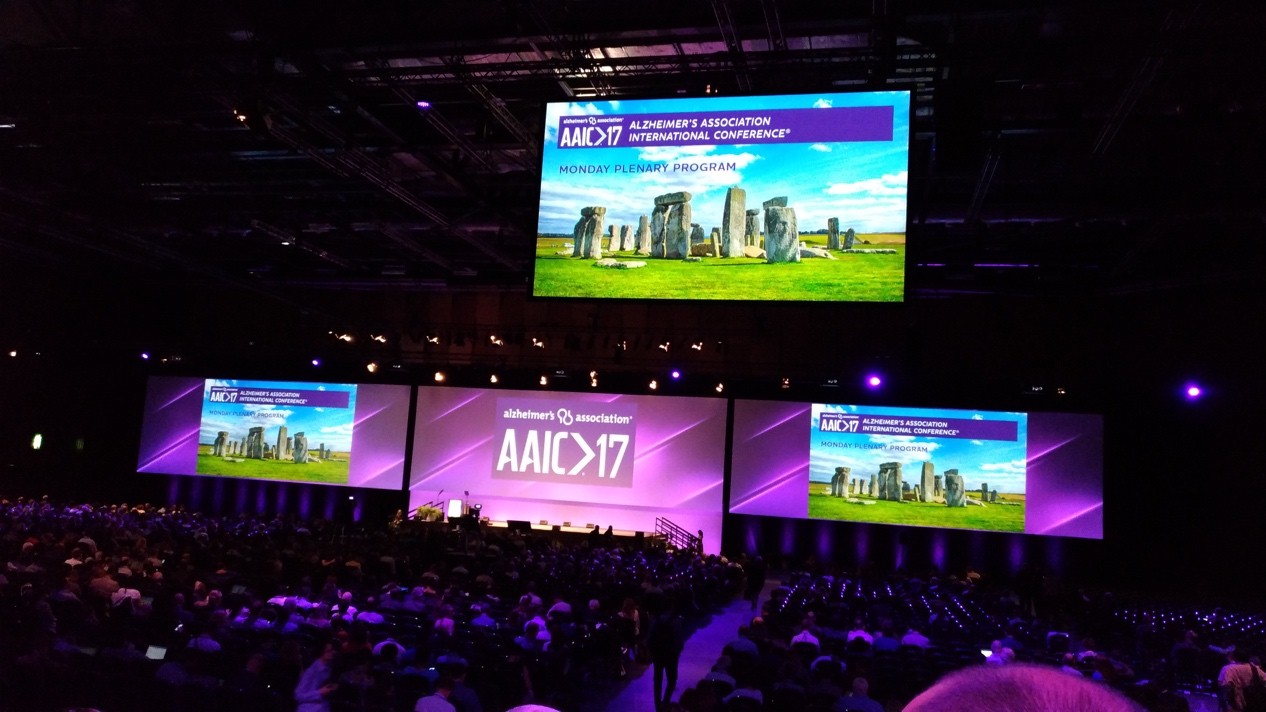 The Alzheimer’s Association International Conference (AAIC) was held at ExCel London in July this year. It is the world’s largest meeting with the main goal of advancing dementia science, ranging from basic research to personalized care. This year, the AAIC had more than 90 sessions, 1,500 posters, 475 presentations and 6 preconference workshops. A total of more than 5000 participants, from at least 70 countries around the world, attended the meeting. The exciting programs and active discussions between participants brought life and energy to the meeting place. The IPA also took this opportunity to set up a booth, communicating with vast numbers of participants from related fields.

In order to engage more scientists, physicians, and other professionals involved in the etiologies and treatments of Alzheimer's disease and other dementias, the Alzheimer’s Association has set up a professional society called ISTAART (International Society to Advance Alzheimer's Research and Treatment International Society to Advance Alzheimer's Research and Treatment). Members of ISTAART get together during the AAIC to participate in extensive networking and experience exchanging. There are many ISTAART Professional Interest Areas (PIA) formed by the members, including Neuroimaging, Neuropsychiatric Syndrome, technology, Clinical Trials Advancement and Methods, Immunity and Neurodegeneration, Nutrition, Metabolism and Dementia, Reserve, Resilience and Protective Factors, Subjective Cognitive Decline, Down Syndrome and Alzheimer's Disease, Biofluid Based Biomarkers, Electrophysiology, Non-pharmacological Interventions, Perioperative Cognition, Vascular Cognitive Disorders, Atypical Alzheimer's Disease and Associated Syndromes and Design and Data Analytics. Some ISTAART PIAs  hosted 90-minute sessions during PIA Days at the AAIC to discuss recent advances in these areas.

One of the PIAs that may be most interesting to IPA members is the Neuropsychiatric Syndrome PIA. This year, the Neuropsychiatric Syndrome PIA hosted a 90-minute session with 12 short updated presentations, with topics such as measurement and treatment of agitation/apathy, relationships between cortical amyloids and neuropsychiatric symptoms, and the new concept of mild behavioral impairment. The PIA members also hold regular teleconferences after the AAIC to continue their cooperation and discussion.

The success of the AAIC is clear reflected by not only the large number of participants, but also the extended networking and collaborations among members. A devoted and well-organized Alzheimer’s Association of America, working behind the scenes, may be the major power pushing all kinds of activities forward. The official journal of Alzheimer’s Association, Alzheimer’s & Dementia, is also a top-ranking journal of its field. All these facts point out that many components related to this Alzheimer’s Association interact with one another to form a positive cycle, moving the association toward its goals.

Excerpted article as reprint from IPA’s newsletter, the IPA Bulletin, Volume 34, Number 3
IPA Members can read the full issue on the members' site.