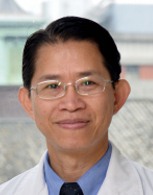 Since 2000, Dr. Hwang has devoted himself to the field of geriatric psychiatry because of its urgent need and relative neglect in Taiwan. In addition to his duties in the Taiwanese Society of Geriatric Psychiatry, he is also a founding member and board member of the Taiwan Dementia Society, as well as a member of the International Affair Committees of the Taiwanese Society of Psychiatry and Taiwan Alzheimer’s Disease Association. He is the current Editor-in-Chief of the IPA Bulletin.

Dr. Hwang has actively engaged in a number of international professional organizations, serving as a member of the Scientific Committee for international meetings, including those of the International Psychogeriatric Association, Tripartite Psychogeriatric Group, World Psychiatric Association, Pacific Rim College of Psychiatrists, and Alzheimer’s Disease International etc. In December 2016, as the Scientific Committee Co-Chair of the IPA Asian Regional Meeting, Dr. Hwang and his colleagues organized a successful meeting, bringing together more than 400 delegates from 24 countries.