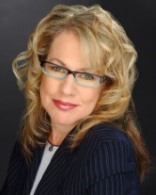 Professor Peisah is an old age psychiatrist from Australia and IPA member and contributor of over 20 years. She holds the positions of Conjoint Professor University of New South Wales; Clinical Associate Professor Sydney University; and founder and president of the charity Capacity Australia.

Professor Peisah served as a Professional Member of the NSW Guardianship Tribunal between 2001 and 2010. In 2007, the International Psychogeriatric Association established the Testamentary Capacity and Undue Influence Task force, of which she was invited to join, and lead the Undue Influence Group. Professor Peisah lead an influential and much cited paper on undue influence, followed by a number of other internationally acknowledged and based papers including deathbed wills and delirium and will making which she either drove or led. In 2009 she was invited to Prague to participate in a World Psychiatric Association Consensus Meeting on ethics and capacity in older people with mental disorders and an invited review in Current Opinion in Psychiatry followed.

In 2011, Professor Peisah became Chair of the IPA Task force and broadened it to become the Capacity Task force/ Shared Interest Forum. In 2013 she helped establish the Asia Pacific Capacity Consortium, culminating in a review paper, the first Asian Pacific collaborative effort in this field.

Professor Peisah's areas of expertise are capacity and human rights (including elder abuse prevention); BPSD management (including non-pharmacological management, de-prescribing and emergency sedation); doctor health and welfare (including ageing and retirement); family therapy in old age psychiatry; and end-of- life issues in dementia and mental illness. She has numerous awards for teaching and contributions to psychiatry and in 2017 was a Nominee for Woman of the Year.