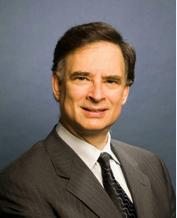 Dr. Sadavoy’s academic interests have included psychotherapeutic treatment of the elderly, personality disorders in old age and service delivery to ethnocultural elders. He maintains an active clinical practice as well as supervising residents. He has published widely in his areas of interest and has contributed to many textbooks on general and geriatric psychiatry. Most recently he has served as senior editor of the 2004 3rd edition of the Comprehensive Textbook of Geriatric Psychiatry and author of Psychotropic Drugs and the Elderly. In 1999, Dr. Sadavoy chaired IPA’s Ninth International Congress in Vancouver, where he also was a recipient of a 1999 IPA Distinguished Service Award – Congress Host Country (Canada). In 2009, Dr. Sadavoy was again honored by IPA by being presented with the IPA Distinguished Service Award for Service to IPA.

Dr. Sadavoy served on the IPA Board of Directors from 1996-2009. He may be contacted at j.sadavoy@utoronto.ca.