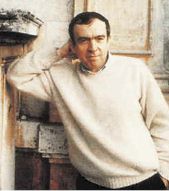 The Amaducci Award honors a physician, researcher or clinician whose research in neuroscience, particularly in neurodegenerative disorders, has contributed to notable advancements leading to a greater understanding of a therapeutic area, the establishment of diagnostic criteria and/or the development of a novel therapeutic strategy. The IPA Luigi Amaducci Memorial Award is supported through a generous educational grant from Novartis Pharma AG and Novartis Pharmaceuticals, in conjunction with the Novartis Foundation for Gerontology.

Luigi Amaducci, M.D., died on January 11, 1998 in Florence, Italy, at the age of 66 years. He was an outstanding neurologist and internationally known for his work on Alzheimer’s disease and his tireless long-term activity in promoting and organizing international research collaborations between neurologists. He was fascinated by the complexity of the brain, and his penetrating mind encompassed many branches of knowledge, including medical sciences and music.

Professor Amaducci was born in Verona, Italy, in 1932. He earned his medical degree at the University of Padua Medical School (Italy) in 1957. Harvard Medical School in Boston, Mass, granted him a Fulbright fellowship for the years 1960 to 1962 for postdoctoral research in neuropathology, after which he returned to Italy for further training in neurology at the University of Florence. During 1960 to 1970, Dr Amaducci was the principal investigator for two 3-year projects funded by grants. Serving as a member of the IPA Board of Directors from 1989 to 1994, Prof. Amaducci was the chair of the local hosting committee for the IPA’s Fifth International Congress.

David Bowen is Professor Emeritus in Neurochemistry at the Institute of Neurology, University College London and McDonnell Visiting Fellow at the Centre for Cognitive Neuroscience, University of Oxford. He did his first research project in Copenhagen (1960) and received B.Sc. and Ph.D. degrees from the Universities of Reading and Pittsburgh. Afterwards he trained in neuroscience at the University of Michigan (1965 – 68), under the auspices of the National Institute of Mental Health (Behavioural Sciences Branch) Training Award. Dr. Bowen joined Unilever in the United Kingdom as an Established Scientist and then the Institute of Neurology as Lecturer (1970). In 1971 he commenced the first large scale biochemical investigation of Alzheimer’s disease. His work has made seminal contributions to our recognition of the role of the glutamatergic and cholinergic systems, both with evidence of early change. He is a pioneer in the classical biochemical approaches to the underlying pathology of dementia and its rational treatment. His work has served to stimulate research in laboratories throughout the world on this disorder. Among his awards has been the J. Allyn Taylor Gold Medal from Canada (1986), a novel academic-industry initiative (Astra Arcus, Sweden) and D.Sc. degree (University of Reading, 1992). He is a Fellow of the Royal College of Pathologists.

Robert Katzman, M.D. is Professor Emeritus of Neurosciences at the University of California, San Diego. He is a graduate of Harvard Medical School and completed his residency in Neurology at the Neurological Institute, Columbia-Presbyterian Medical Center in New York. He was on the faculty of the Department of Neurology at the Albert Einstein College of Medicine from 1957 to 1984 and has been on the faculty of the Department of Neurosciences at the University of California, San Diego since 1984. He served as Chair of his departments at both institutions. He was on the Advisory Council of the National Institutes of Aging 1982 -1985 and President of the American Neurological Association in 1985-6. Dr. Katzman has worked on neurochemical, clinical-pathological and epidemiological aspects of Alzheimer’s disease since the 1960’s. He was a founder of the Alzheimer Association in 1980 and founding director of the Alzheimer’s Disease Research Center at UCSD in 1984. Among his awards have been the Henderson Memorial Award from the American Geriatric Association (1986) and the Potamkin Prize for Research in Alzheimer’s Disease from the American Academy of Neurology (1992).